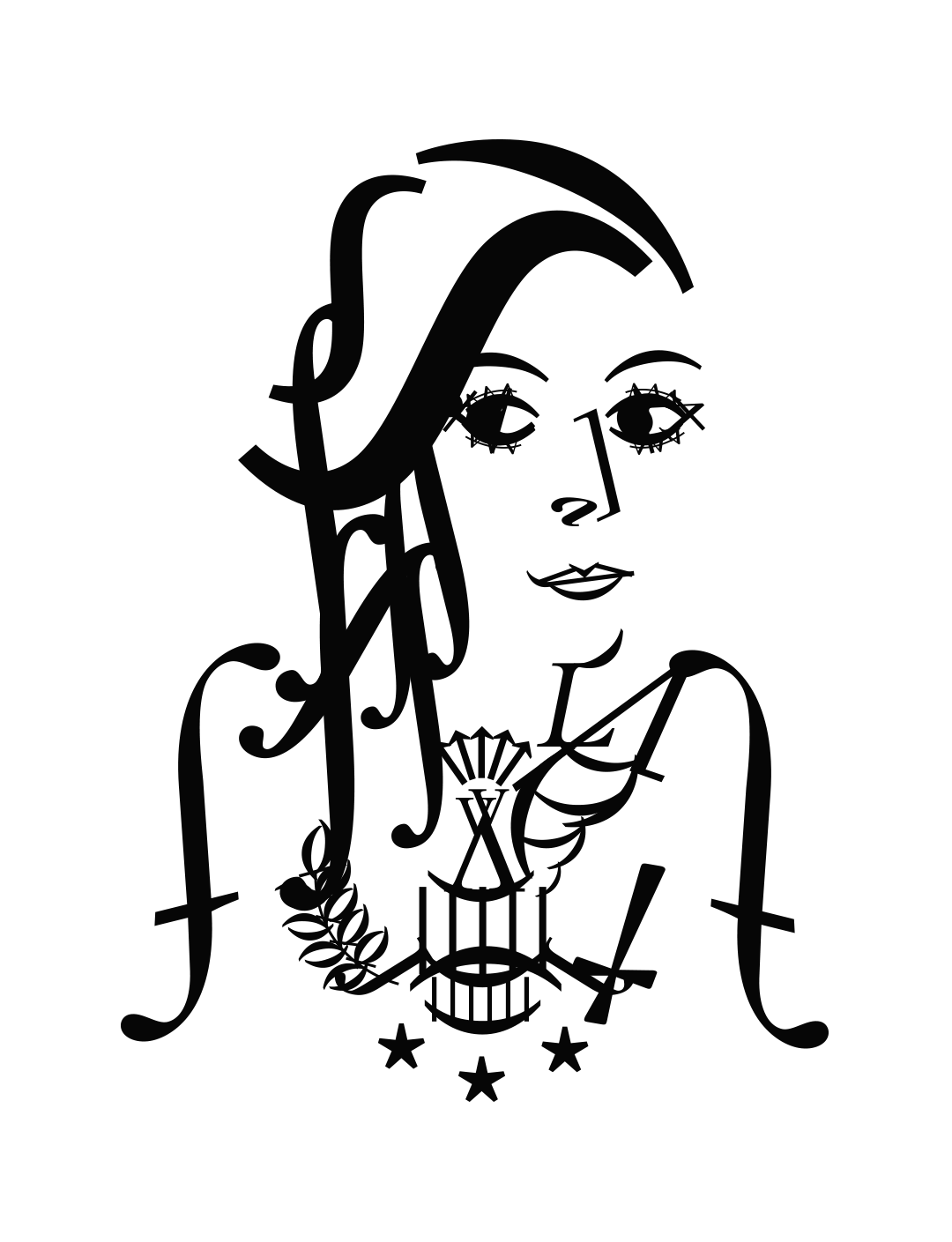 With cropped dark hair, bright tattoos and a rockstar attitude to boot, Lucy Valentine represents the new age of political commentary; a wave of young, savvy and clever writers leveraging new media to find their voice, get noticed and build their audience in 140 characters or less.

Though Lucy’s love of music and photography early on didn’t pan out into careers in either of those areas, as a student of politics and philosophy she discovered her true passion and skill lay in writing. Subsequently, she began her career in journalism writing about Australia’s music scene (something she’s also returning to) and is currently a writer on the SBS Comedy team. Lucy is tasked with taking a satirical look at current affairs in her online column whilst also commentating on politics as it unfolds on her popular Twitter account. Her career as a political satirist began through these very tweets and her wit got her noticed by the SBS Comedy team, who asked her to join their ranks.

Take a seat and a shot of espresso as Lucy pulls no punches, telling it as it is.

What do you do?

It’s weird to have to explain it, I guess I write jokes about politics [laughs] for money which is still a little bit strange to me, it’s very new but it’s fun!

You’re a big music fan, played guitar and started your media career as a music journalist...

I did, I’m actually going back into it, my old editor asked me to start back at the magazine I was writing for so I’m starting that tomorrow as well. So that’s going to be interesting...

How did your initial interest in that come about?

I-- like any other teenager I think-- wanted to be a rockstar when I was growing up. Then I realised that I didn’t have much musical talent I guess and I always wanted to be a writer so it was the natural thing to go into I guess?

"I-- like any other teenager I think-- wanted to be a rockstar when I was growing up. Then I realised that I didn’t have much musical talent I guess and I always wanted to be a writers so it was the natural thing to go into I guess?" 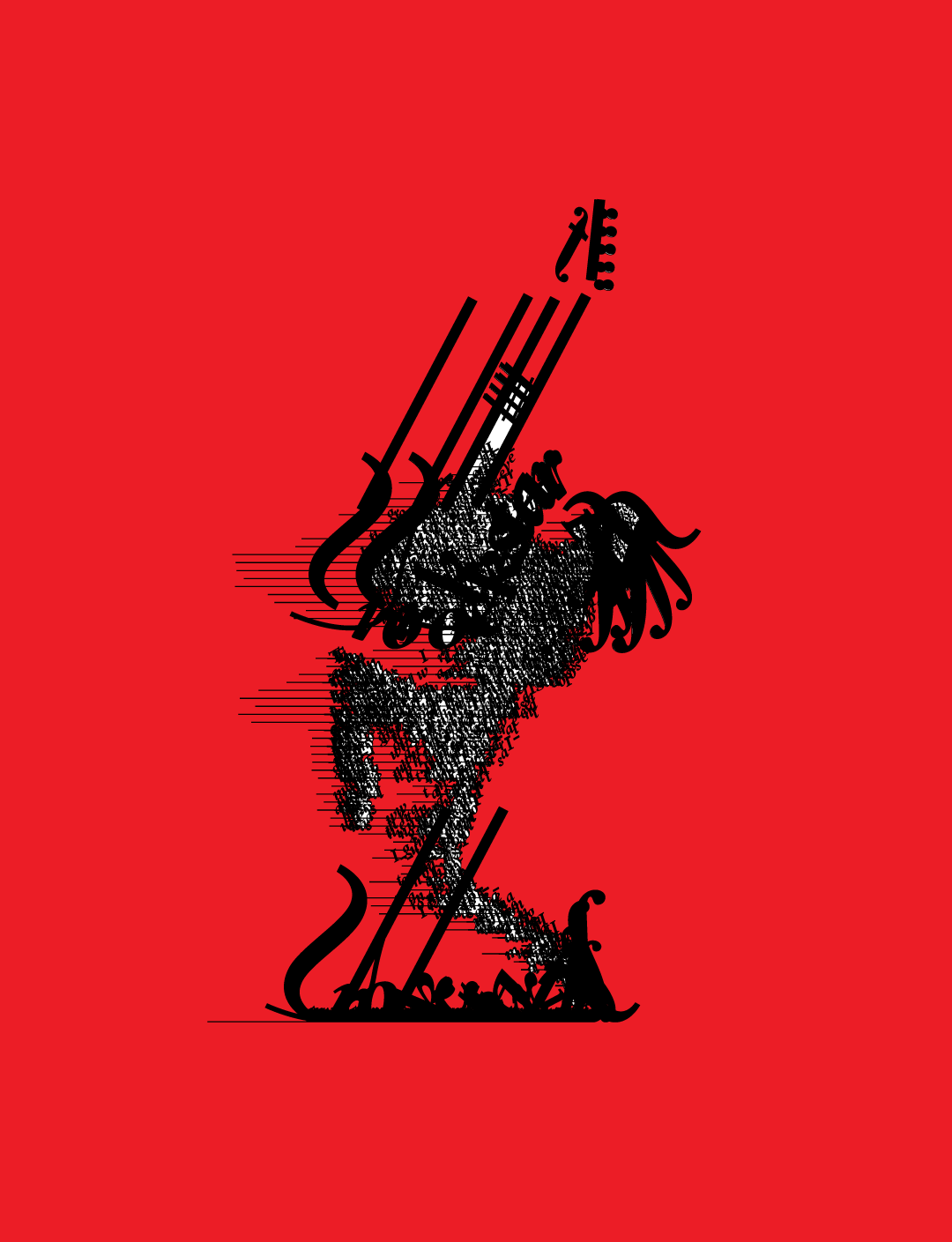 What did that entail? Were you on the road a lot? Following bands around…

Well, that was the fantasy idea of it I guess, from watching movies about Rolling Stone and stuff like that but the reality in Australia is not as exciting. Most of it’s just over the phone, you don’t get to hang out with bands very often and get paid almost nothing, so… kind of killed the magic a little bit for me which is why I sort of quit for a while but it’s still pretty exciting, you get to do some pretty cool stuff.

You dabbled in photography, why haven’t you pursued that?

A little bit… Wow, you’ve done some research [laughs] yeah, I tried photography but again it’s just not something I was, you know, getting anywhere-- not very talented at it but you know I enjoy all that kind of thing. Photography and writing together and everything like that so...

After music journalism, why the shift to social-political satire and how did you find yourself at?

I just sort of fell into it strangely. Started through Twitter, you know, I’d always write jokes through Twitter that’d get shared a lot and that was just something that I did for fun, I’d never really considered it a career. And then when I got asked to join SBS Comedy it’s just pretty crazy that it’s something I can do for money which is what I’d always just be doing for fun anyway. So they pretty much just asked me from my Twitter account so… I was pretty lucky.

"I’d always write jokes through Twitter that’d get shared a lot and that was just something that I did for fun, I’d never really considered it a career." 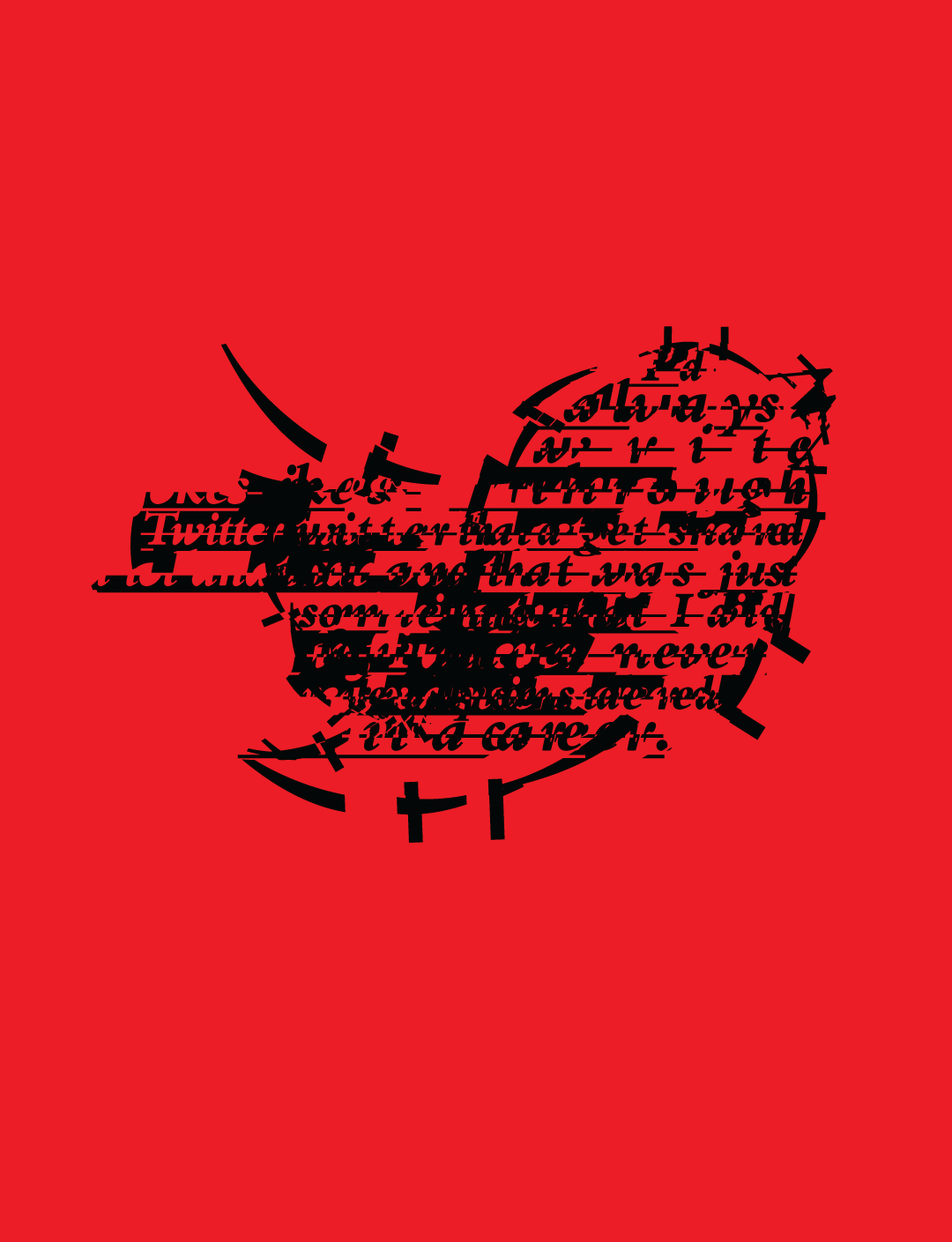 How are you finding SBS?

I love it! It’s amazing. They pay pretty well for writing, which is different-- new to me and we have a fair amount of freedom in what we can write about so a lot of the time it’s just really fun. We just-- got to try to not to piss of anyone [laughs] that’s going to get too mad because obviously it’s funded by, you know, taxpayers so we have to try and stay balanced which is a little difficult for me sometimes [laughs] but I think I get there.

Comedy can be controversial at times, you either have to insult everybody or nobody. How do you juggle that?

It’s sort of difficult, we get a lot of criticism for being really left wing but you know, I think the point of satire is to punch up at whoever is in power which of course is the Liberals at the moment, so it’s not that we’re actually being biased one way or the other, it’s just taking the piss out of whoever is in power at the time but I guess it can come across at times a little bit left wing and I’m obviously very left wing, with my views, but I do try to make fun of The Greens sometimes at least just to balance things out [laughs].

"I think the point of satire is to punch up at whoever is in power." 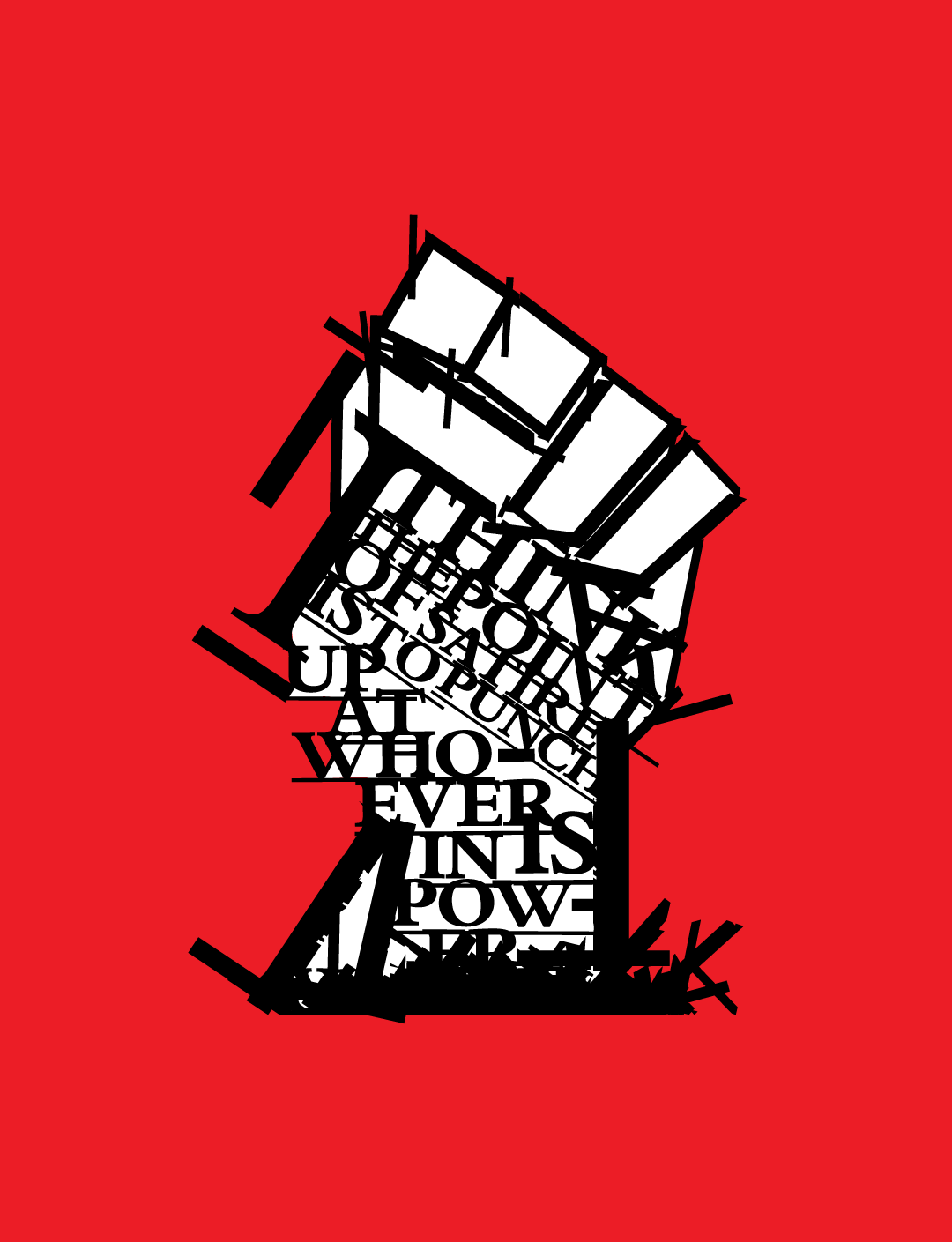 Australian comedy has always had great the current affairs satire (Frontline, The Chaser, Good News Week, Gruen Transfer, panel shows) why do you feel it’s important for us to shine a comedic light on important issues.

I think I enjoy writing, like, political comedy-- why I enjoy writing it the most I guess because people learn about politics a lot more through having a laugh about it. I mean, I know that’s why I got into it, by watching The Chaser and stuff like that. I think it’s important to have something that’s not boring that people can get into and learn about what’s going on.

Aside from becoming interested in politics through comedy, you’re quite politically astute (versed in Orwell and Neitzsche). Have you done any particular studies on the topic?

Oh yeah-- bit of a wanker [laughs]... yeah, my degree was in politics and philosophy so I guess I do have a formal qualification in it but I think for the most part I got interested in politics mostly when Tony Abbott was elected, I think before that it was just a passing interest. I was more interested in American politics and that sort of-- I don’t know, I just remember being extremely upset that night that he got elected and you know, that year was just crazy because that was when I was just growing up and learning about politics and the world around me and it was just a horrible, horrible time to be doing it. So I learnt to just find humour in it.

Despite the comical nature, your writing does have a serious undertone, especially against far right or nationalist ideals. What do you hope to achieve with your work?

I guess the idea that you could change people’s minds I suppose is good. Like the thought that people might read something and it might change their perspective on something. It’s obviously not going to take down anything evil in the world but if you can sort of get information about Asylum Seekers and what we’re doing to people and stuff out there in a sort of funny way you can sort of hope that it might change things, even in a little way.

"The idea that you could change people’s minds I suppose is good. Like the thought that people might read something and it might change their perspective." 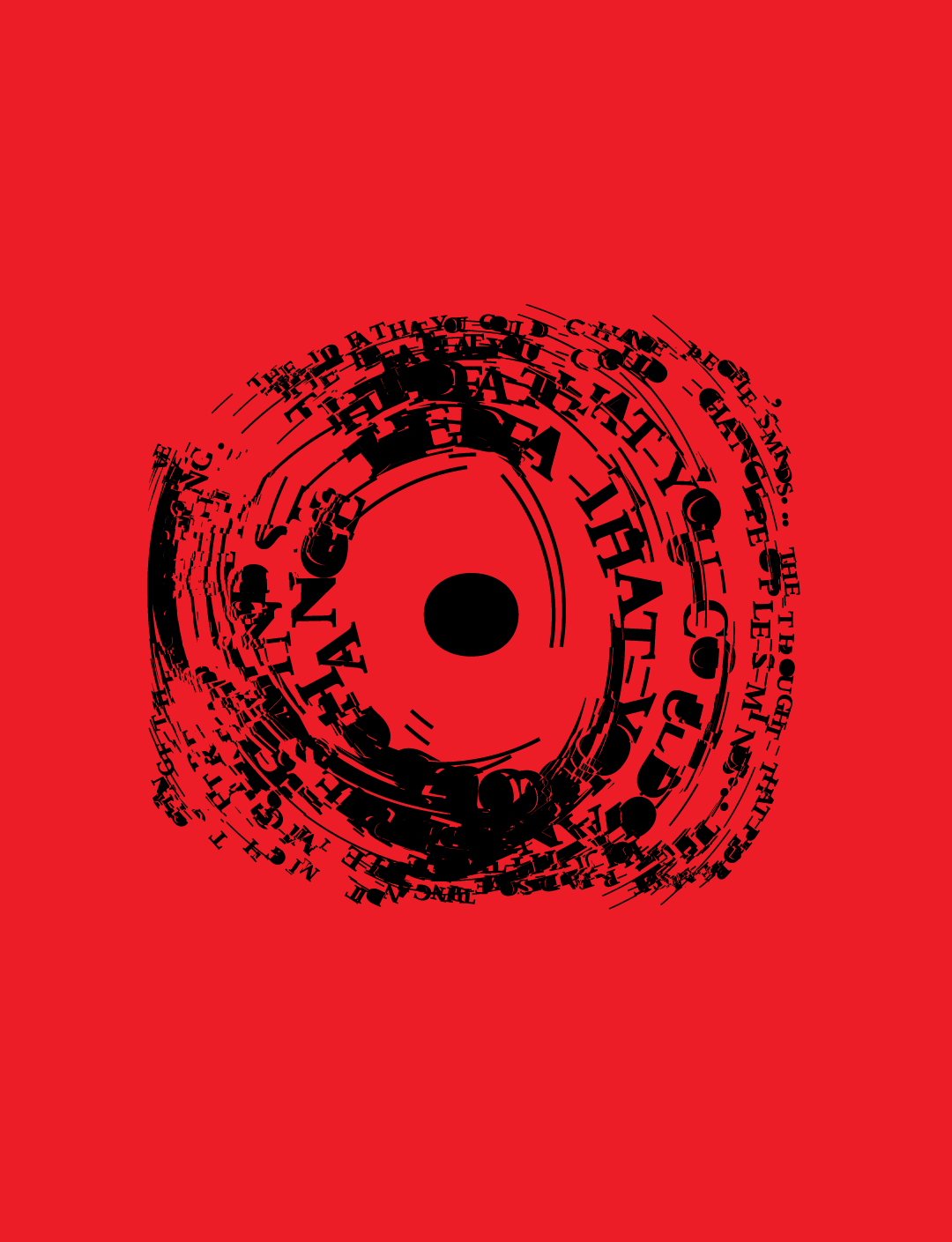 There are a lot of social media activists nowadays, sharing a lot of political messages but do you think people are really engaging more in politics these days or is it just easy to like something on social media?

That is complicated, that’s a good question. I’m not really sure? Definitely is that sort of element that's… not fake… but kind of shallow and it is just sort of people just sharing things or knowing what’s the right thing to say on an issue at the time. And Twitter can be a bit of an echo chamber in that sense you know. There are certain opinions that you're supposed to have that you can’t really deviate out of and I don’t know how much of it is people’s real opinions or just what they think is the right opinion but I do think people are a lot more engaged through social media than they might have been ten years ago… I’m guessing because obviously I’m not that old... [laughs].

I don’t know if that’s good or bad [laughs].

As someone who works in media and as you mentioned, discovered on Twitter, how are you finding the landscape where a news outlet like Mashable and Facebook are able to take centre stage against more traditional outlets and established newspapers.

Yeah, it’s complicated, I’m still sort of learning about it, especially with SBS, like it’s sort of a big difference-- you know like what things are going to get shared more on Facebook and what’s going to be better for Twitter and I’m not super knowledgeable in that kind of thing, I’d never planned on getting into this sort of social writing, and whatever but yeah it is complicated the way things work and how different each website is and audiences and the way things get shared. It’s not really what I grew up with I suppose because you know, the internet sort of came in when I was just finishing high school so I’m sort of the last little bit of that generation that didn’t grow up with the internet and you know, read magazines and all that kind of thing and it’s just sort of changed a lot over a really quick period of time. I think everyone’s still adapting to it a little bit.

What’s next for Lucy Valentine?

Good question, yeah, I’m excited to get back into music journalism which will be fun for a while but I’m not really sure what I want to do ultimately. I just finished a postgraduate law degree but I’m not really sure that’s what I want to do anymore. I think a lot of colleagues and stuff from SBS write for like TV shows and like comedy for other people which is maybe an option. I never really considered being an actual comedian but I think I’d like to, you know, write a show. Write some more political comedy in a different way I suppose…

Find Lucy at SBS Comedy and on Twitter @LucyXIV.